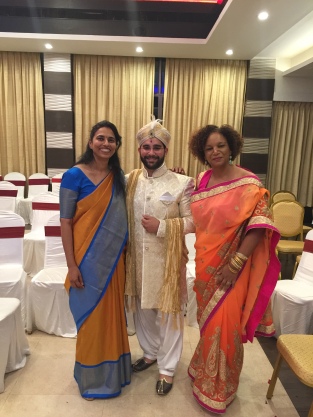 On my journey with the study abroad program I decided to interview three professors that have been involved in the progress and growing of The Public Health Research Instituted of India. For my interview a program called GAYCATION was used to understand how people in Mysore, India view minority populations and what do they think about their life style in different states in India. In the first interview Dr. Madhivanan, the founder of PHRII and a professor at Florida International University, has dedicated her life to the women and children in Mysore, by providing free health care for those with low socioeconomic statutes (SES). In my second interview I had the privilege to interview Dr.Indira Ramarao, sociologist professor and feminist lieder at the University of Mysore, she has been studying women for over 42 years and has helped PHRII in their research studies and Global Study Abroad Program. For the third interview, I had Dr. Shanthi Vasanthagopalan, sociologist graduate from University of Mysore, feminist and one of the professors in charge of organizing the Global Health Study Abroad Program at PHRII for Florida International University students. These professors gave me the opportunity to show them the television program about minority population life styles in Mumbai and how these people feel when it comes to acceptance and the life style minority populations partake in this state.

“Homosexuality was decriminalized in India in 2009 by the Delhi High Court through the reading down1 of an 1860 colonial statute, Section 377 of the Indian Penal Code” (Singh, P., 2016). When comparing this law to the life style of minor populations in Mumbai it is somehow confusing because it seems that they have a free way of showing their love without restrictions. In the documentary, we do see people still afraid of societies discrimination, but at the same time there is some openness when it comes to loving someone of the same sex. This coexistence seems like it is only in bigger cities of India, and when it comes to smaller states there is a conservation of culture and religious beliefs. These beliefs do not accept same sex intercourse and people that do have this type of relationships will get punish by imprisonment or even death. There is definitely different opinions in different states or areas in India about homosexuality in general.

When conducting my email interview with Dr. Madhivanan, she gave me an inside of how this documentary is “pretty accurate” (MAdhivanan, P., 2017), but at the same time what is happening in Mumbai it’s not what is reflected in the rest of India. Dr. Madvivanan also mentions that the stigma still very high when it comes to homosexuality and government is not making it better by changing the laws once again (MAdhivanan, P., 2017). Besides emailing each other we also have talked in person on how minority populations are worrying about not being accepted and how violence occurs every day in their communities. It seems that this communities are more worried about their mental state than health problems at this time. When reading resent research, we can conclude that homosexuality has been stigmatized for a long time and it continues happening because of how society thinks and reacts to the idea of same sex relationships. In Dr. Madhivanan’s opinion we still have a long way helping the LGBTQA community in India, and it is going to take years of education and understanding to reach this goal.

On my second interview Dr. Vasanthagopalan and I sat down and went over the documentary video and both of us opened our minds to what minority populations are. In this interview, we focused on how culture sees homosexuality as something unethical and abnormal. We also discussed how society has been brought in a conservative way and the importance of minority populations in India. In her opinion the documentary was completely realistic, but her concern was the lack of information that is provided to the public for education. In other words, she would like these types of projects to be showed worldwide and not just only in the United States. I asked Dr. Vasanthagopalan if like in the video, minority populations were as free in other areas as they are in bigger cities. She thinks that because of unity these bigger cities can interact with different types of personalities and life styles, but on the other hand she also believes that this type of support does exist in smaller areas of India, but with a well-defined population in the society. At the same time, she is worry about the polarization that has been created by minority population because they just feel secure and problems are not been solved. After talking about the importance of this community I asked the doctor her opinion about the health clinics in India created to cure homosexuality, and she had two different opinions that where confusing. In her opinion some of the clinics if operated in a view of well-being way it would be ok for people to be treated, but when the clinics are not honest it’s when she has a problem. What I understood was that it is ok for this programs to exist, but when it’s utilized in a professional and responsible way. Only if the program is helping people that volunteer and want a change in their life. I can say that I do not agree with this view because I believe that every person is born the way they are, and nothing can change the way you feel for others. I do agree when it comes to not forcing people to be treated, especially because some of these places do have homosexuals that are forced by their families to be treated. 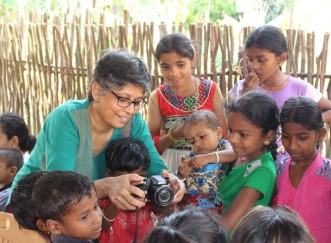 Finally, Dr. Shanthi in the interview talks about how open homosexuality is in Mumbai. In her opinion being open in the Indian society is not real because of what people expect from each gender. She says that it is very difficult for minority populations to be open and celebrate how they are and what they believe in. Dr. Shanthi, also mentions that it is very difficult for a homosexual to just be the way they want to be. She gave me an example of how easy it is for her to be a woman in comparison to being a homosexual in the streets of India; because society expectations are for a man to marry a woman and create a family. At the same time, she recognizes that there is no education in Mysore about homosexuality and that there is a lot of ignorance when it comes to minority populations. It was interesting because we touched a topic that was part of the documentary where a lesbian ran away from home because her family tried to kill her and her partner. I ask Dr. Shanthi if she has seen this type of behavior in Mysore from other families, and she said that she has, but with MSM. She explains that when working in the slums of the State she had an encounter with two young boys that where having difficulty identifying as men and their families did not want them in their home. After this story, I noticed that Dr. Shanthi from that moment understood how difficult it can be for homosexuals to live in this world especially in India. How much help minority populations need and it taught her the importance of understanding others and not pushing them to the side. I also asked Dr. Shanthi if she thought that SES contributes to the lack of knowledge about homosexuality, and her answer was that money was not the cause of ignorance what was the cause of ignorance was social status, how people have been taught in India and other parts of the world.

In conclusion, I was very fortunate to have different professionals interviewed about minority populations in Mysore, India. I had different opinions and some of them where interesting when it comes to understanding the meaning of homosexuality. I had professionals that just recently started to know and learn about homosexuality; and I have others that have known about minority populations for a long time. At the same time, they all agree that India still needs more education about the topic and has a long way to accept the differences in people.  In my opinion, when comparing the United States to other parts of the world, we are a country where we keep asking for more options and opportunities, but we do not see how others around the world are suffering to be recognized. Minority populations have gone through rough times in America, but in other parts of the world they hide in the shadows because of how society perceives differences.

This site uses Akismet to reduce spam. Learn how your comment data is processed.